In October 2017 the Church moved to the corner of New and Learmonth Streets Portland after a ten year search for a new home.  Previously, the church had occupied 36 Percy Street,  in Portland’s main thoroughfare, from 1889. The building was constructed in 1876. The church had occupied other premises previously following its formal commencement in June 1859.

The Portland Baptist church has been worshiping God for over 150 years. In 2009, we celebrated our 150th year.

We are currently working on a detailed history of Portland Baptist that will be posted in the near future. 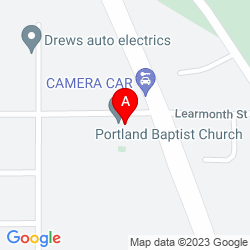